What Dinosaur has 500 Teeth?

Nigersaurus has unfortunately become an internet joke in recent times, owing to its unusual name (pronounced “NYE-jer-SORE-us”) and the fact that this dinosaur had over 500 teeth.

The Sahara Desert’s dunes gave birth to a new and strange dinosaur. A creature the size of an elephant with a skull and jaws that is unlike anything scientists have ever seen. Nigersaurus was the name given to that Dinosaur.

It was dubbed the “Mesozoic Cow” because many paleontologists believe its behavior was similar to that of modern cows.

Nigersaurus, pronounced “NYE-jer-SORE-us” and derived from the words “Niger” (the country where it was discovered) and “sauros” (lizard) (making it “Niger’s lizard” or “Niger reptile”), was one of the earliest sauropodomorph herbivore dinosaurs ever discovered.

It’s a sauropod dinosaur genus similar to Diplodocus. When compared to other dinosaurs, Nigersauraus had a relatively short neck and an astonishing 500 teeth in its wide jaws, giving it very distinct characteristics.

When did Nigersaurus live?

Nigersaurus roamed Africa’s terrestrial areas during the Cretaceous epoch. Its fossils have been discovered in African countries such as Niger, and it lived between the Aptian Age and approximately 100.5-110 million years ago.

This period includes the Aptian, Albian, and Cenomanian periods. The dinosaurs’ natural habitat was the African plains and woods. Nigersaurus preferred to live in areas with nearby lakes or streams, known as the riparian zone. Because of the abundance of water, riparian zones have a lot of low-lying vegetation. The only sauropod that grazed was Nigersaurus, and experts believe it did so almost continuously.

What did Nigersaurus eat?

Its shovel-shaped mouth contained over 500 teeth, was ideal for eating large amounts of vegetation as it walked. Nigersaurus head is thought to have been almost constantly on the ground, possibly devouring as much as a football field’s worth of vegetation in a single day.

Many paleontologists believe that Nigersaurus 500’s tooth arrangement also functioned as a comb. To avoid eating mud and dirt, Nigersaurus may have filtered and eaten water plants using a comb-like process. However, due to the fragility of its jawbones, some scientists believe it simply used its teeth to cut vegetation and then sucked it in using a vacuum-like motion.

Unfortunately, as the environment changed, the specialized grasses to which it had grown specifically adapted were replaced by other flora. Nigersaurus was unable to adapt to its surroundings and became extinct.

Where did Nigersaurus live?

Nigersaurs were discovered among the rich fossil vertebrate fauna in the Elrhaz Formation in Gadoufaoua, Republic of Niger.

The genus Nigersaurus taqueti is named after the French palaeontologist Philippe Taquet, who discovered the first bones during a 1965-1972 expedition to Niger.

This dinosaur was a member of the Sauropodomorpha suborder, the Diplodocoidea superfamily, the Rebbachisauridae family, and the Nigersaurinae subfamily.

When Nigersaurus was discovered, it was thought to be a member of the Dicraeosauridae family because its structure appeared to be similar to that of members of this particular dinosaur family.

However, Paul Sereno reclassified the bones based on newly discovered fossil evidence. Interestingly, the bones of nigersaurinanians are hollow and filled with air.

Is it possible to see a Nigersaurus? 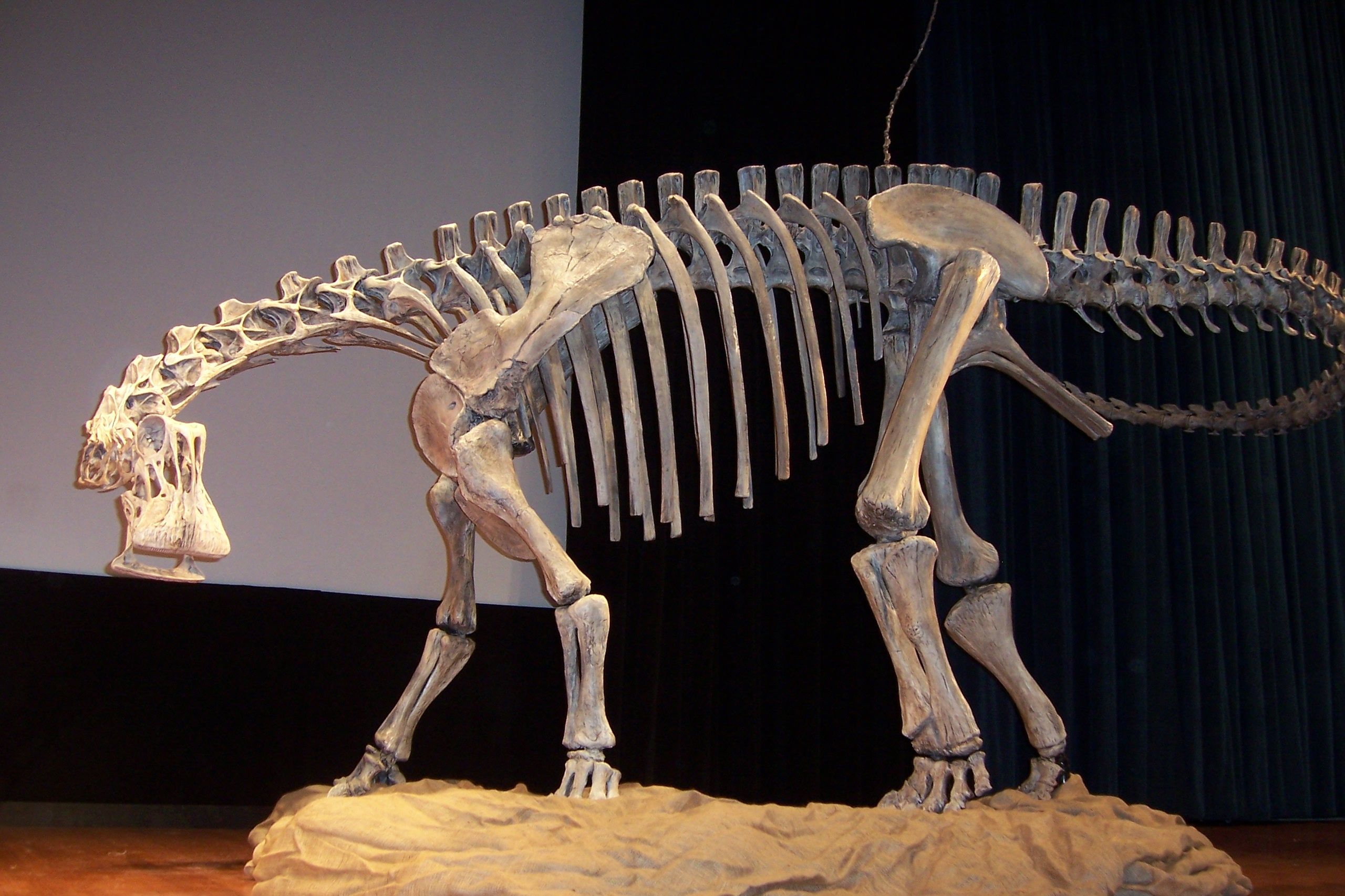 If you want to see the famous dinosaur with 500 teeth, the 110-million-year-old Nigersaurus fossils are on display at the National Geographic Museum‘s Explorers Hall in Washington, DC, as well as in Japan. The skull, which contains all 500 teeth, is part of the skeleton on display.

How did Nigersaurus look?

It took scientists decades to notice this Nigersaurus’s unusual appearance. Nigersaurus was given its scientific name in 1976, but palaeontologists didn’t have a good idea of what this dinosaur looked like until the late 2000s.

This is because the skeleton of this dinosaur is hollow in many places, making it prone to breaking and distortion. Despite the fact that specimens were plentiful prior to 1997, no substantial Nigersaurus remains had been discovered, leading many to believe that Nigersaurus was just another ordinary sauropod.

The dinosaur with more than 500 teeth

As previously stated, you may have arrived at this page after searching for “What Dinosaur has 500 teeth?” If you have, let us go over Nigersaurs’ teeth in greater depth.

The tooth row was not prognathous, and the snout tip protruded less than the rest of the tooth series. The maxillary tooth row was completely transversely rotated, with the posterior 90° everted towards the front.

A rotation of the lower jaw’s dentary was observed. As a result, no other tetrapod had teeth as far forward as Nigersaurus did.

The narrow teeth’s crowns were slightly curved and oval in cross-section. Lower jaw teeth could have been 20-30% smaller than upper jaw teeth. Apart from that, Nigersaurus’ teeth were identical.

Under each active tooth in the jaw, there was a column of nine replacement teeth. These ‘dental batteries’ had over 500 active and replacement teeth in total, with 68 columns in the upper jaws and 60 columns in the lower jaws. The ‘dental batteries’ appeared all at once, rather than one by one. Nigersaurus’ enamel was highly asymmetrical, with the outer side being ten times thicker than the inner side.

The Dinosaur with 500 teeth

Nigersaurus had a large muzzle that housed all 500 of its teeth. Some researchers believe that these were replaced every 14 days. Nigersaurus’ lower jaw was slightly S-shaped and divided into two sections.

The 500 teeth were held by the subcylindrical transverse ramus, which was heavier and housed the majority of the muscle attachments.

Several fenestrae were also discovered in the jaws, three of which were not found in other sauropods. The presence of a keratinous sheath was indicated by grooves on the front ends of the jaws. Nigersaurus is the only known tetrapod with jaws wider than the skull and teeth that extended laterally across the front.

How big was Nigersaurus?

Nigersaurus, like nearly all sauropods, was a quadruped with a tiny skull, thick hind legs, and a prominent tail.

Nigersaurus weighed about 4 tonnes (4.4 short tons), which is comparable to the weight of a modern elephant.

It had a relatively short neck for a sauropod, with thirteen cervical vertebrae. Its skull contained some unusually thin cranial bones, some of which were nearly translucent.

Nigersaurus had an unusual mouth for a Sauropod. Nigersaurus had a large intake (wider than the rest of its skull), and after getting food into its mouth, it would have chewed it up with its 500 teeth.

Although adult Nigersaurus could grow to be 30 feet long, paleontologists estimate that a hatchling Nigersaurus’ jawbone could “fit on top of a silver dollar.”

506Sports – Stay Up to Date With the NFL